How TE Connectivity Turned to Hollywood for a B2B Marketing Opportunity 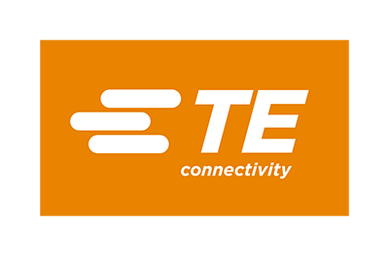 As we have already discussed in this series, millennials and GenZers have started taking their place in the upper echelons of business. This puts them in the position of buyers, and, as such, they are now the ones B2B sellers must seduce.

The new generation of businesspeople respond to very different marketing techniques than their predecessors - mostly driven by their affinity for technology - and B2B brands such as TE Connectivity are determined to take full advantage.

As a leading technology provider, TE Connectivity has been serving the B2B industrial sector for over 75 years.

TE Connectivity's main market is made up of engineers. These people spend a significant portion of their time searching for the components they need to build the technology we'll all be utilizing down the line. However, the sea of technical manuals, facts and figures, and competing brands can soon become an exercise in tedium.

To combat this - and to make the brand more appealing to a new generation of engineers - TE Connectivity wanted to leverage the power of entertainment. However, it needed to make sure that the chosen format was both culturally relevant and relevant to the industry it serves.

It found the subject it was looking for in the James Cameron directed film, Alita: Battle Angel. The cyberpunk science fiction movie is based on a Japanese manga from the 90s and revolves around a cyborg woman on a futuristic version of Earth. The film opens with the line "The force behind this world is stronger than magic - it's engineering," making it particularly relevant to TE Connectivity and its customers.

As part of its marketing partnership, TE Connectivity wanted to leverage the power of video by creating a content series that would connect the various themes of the movie to its own products and innovations.

"Technology is central to the new film Alita: Battle Angel," said TE Connectivity in a press release. "Over the coming weeks, visit te.com/alita to see exclusive content exploring the world of Alita. Learn about what technology might be found in total replacement cyborgs, gyrobikes and the sport called Motorball. Hear from the filmmakers. Learn about what TE is doing to usher in a safer, sustainable, more productive, and more connected tomorrow."

The video series included a mix of documentary-style footage and interviews with both filmmakers and real-world technology experts. They looked at some of the futuristic technology featured in the film and discussed the innovations which exist today that may eventually evolve into them. Technologies such as haptic sensors, high-speed data links, neural power links, nano servo motors, mems gyros, speed sensors, and more, all exist today and could theoretically one day form the basis for the total replacement cyborgs we see in Alita: Battle Angel.

Content series and highly produced video marketing materials have been rising in popularity in the B2C space, but we're only just seeing it begin to penetrate B2B markets. In 2018 62 percent of B2B marketers rated video as the most important format - beating out email, social media, infographics, and more. Building brand awareness and generating leads were the most commonly stated reasons for embracing video marketing, which fits with the goals laid out by TE Connectivity.

Now completed, the results are in and the campaign is a resounding success for TE Connectivity. It saw a 62 percent increase in site arrivals, three times more page views per session, 15.5 million social impressions and a 3.5 percent increase in social media followers. In terms of tangible business results, the campaign saw TE Connectivity establish over four thousand new contracts.