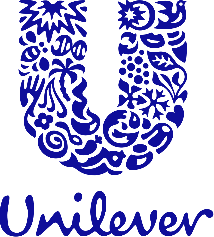 Influencers have always been a part of B2C and B2B marketing to a certain extent. You can go back decades and see commercials which feature prominent athletes or other well-known figureheads as a way of giving products validation.

However, it's only in the last few years where the term has become ubiquitous and "Influencer" has become a real job title.

Influencers have access to an engaged and interested audience, usually via social media platforms such as Instagram, and therefore have the power to exert influence over buying decisions. 71% of marketers believe influencer partnerships are good for business, and 70% of millennials - the generation now making business buying decisions - trust social media influencers over traditional celebrity recommendations.

Unilever is a fan of influencers but thinks the time has come to sort the real from the fake with some best practice policies.

The first stage of this initiative has Unilever targeting those social media influencers who have bought their followers. The number of followers an influencer has on social media platforms such as Twitter or Instagram forms a big part of the decision-making process when it comes to including them in a B2B marketing strategy. In fact, audience size often dictates the fee an influencer will charge for his/her services.

However, if a large proportion of those followers are paid for - and thus fake with inactive profiles - exposing them to your products and services will have the same benefit to your bottom line as shouting into a well. As audience size can dictate fees, there's a real vested interest in trying to raise audience levels as quickly as possible.

Unilever is looking to end this practice by ceasing involvement with such influencers. Today, a whole range of tools exist which can be used to scan the followers of a social media account and deduce which proportion of them are likely to be fake. They achieve this by collating information such as activity, engagement, and whether the profiles have a picture or suspicious usernames. A common name followed by a long string of numbers - @jack487364843 - is a red flag, for example.

"[Unilever] would never buy followers or work with influencers who buy followers," said Chief Marketing and Communications Officer for Unilever, Keith Weed. "It would prioritize social media platforms that stamp out fraud and increase transparency. There are lots of great influencers out there, but there are a few bad apples spoiling the barrel and the trouble is everyone goes down once the trust is undermined."

The announcement comes just months after Unilever announced its intention to cease doing business with those digital brands who allow, even through inaction, toxic content to proliferate online.

The new initiative ties into this, as the fake profiles which are bought by unscrupulous social media influencers are often produced by bot farms which are designed to help spread toxic content - especially regarding fake news - throughout the internet. By reducing the reach of these fake profiles by refusing to do business with those influencers who would give them a platform, Unilever is helping reduce the impact toxic content can have in the B2B marketing space.

"With the rise of fake news, racism, sexism, terrorists spreading messages of hate, and toxic content directed at children, parts of the internet have become toxic," said Weed. "The wider impact of digital on our society and the swamp that is the digital supply chain has become a consumer issue. It's in the digital media industry's interest to listen and act on this. Before viewers stop viewing, advertisers stop advertising, and publishers stop publishing."

Toxic content is damaging to society, but if this content - and the fake accounts given the power to proliferate it - are allowed to enter the B2B marketing space, it could also be incredibly damaging to brands and their reputations.

Influencer marketing is a great way for B2B companies to get their message out to a wider audience, but it's important the practice is managed responsibly. By eliminating fraudulent influencers from the list of those it will do business with, Unilever will not only ensure its marketing budget is allocated in the most effective manner possible, but will also further its mission to fight toxic online content.

You can hear Unilever's Global Vice President, B2B Ecommerce and Route to Market, Badri Narayanan, speak at B2B Online 2019, taking place in April and May at the Chicago Marriott Downtown.