The US Army's Marketing & Recruitment Strategy 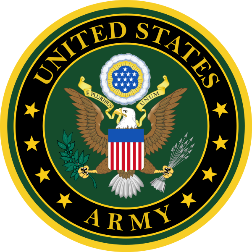 The US Army found itself in a bit of a crisis recently. Struggling to find willing recruits led the armed force to audit its marketing efforts and carry out a serious restructuring of its promotional departments.

For the first time in over a decade, the US Army missed its recruitment goal last year. Falling short by approximately 6,500 people left a massive gap in this critical frontline service which the organization needed to find a way to plug. This shortfall was despite recent relaxing of recruiting regulations which would have previously disqualified applicants on grounds of bad health and/or behavioral issues.

Such a dramatic issue needs a dramatic solution. Obviously, the US Army is no stranger to intense situations, so it decided to take this challenge head-on by reworking its marketing.

The US Army has recently announced that following a thorough audit of its marketing departments it will be reducing its size by around a third. Annual fees for the armed forces division's new ad agency, DDB, are likely to be significantly lower than those earned by McCann WorldGroup, which has been the Army's agency of record for more than twelve years.

The Army Marketing and Research Group has been around since 2013 but will now be disbanded. Any remaining personnel will be relocated to the department's new location in Chicago.

The new marketing arm, which will be formed from the ashes of the AMRG, will reduce the reliance on authorized civilian positions. For further personnel required for marketing, recruitment, and promotion purposes beyond these numbers, the US Army wants to rely more on its own people. The Army has announced its plans to assist with placement opportunities and Voluntary Separation Incentive Pay/Voluntary Early Retirement Authority programs if they are not eligible or elect not to relocate for its current civilian workforce.

The restructured team shall be called the Office of the Chief Army Enterprise Marketing, or OCEAM.

"To better align Army marketing with recruiting priorities, the Army will reorganize our national marketing and advertising office," said Chief of Media Relations for US Army Public Affairs, Colonel Kathleen Turner. "The new Office of the Chief Army Enterprise Marketing will be located in Chicago to more closely align with the newly awarded advertising firm of DDB. This reorganization allows us to continue executing and complying with congressionally directed reforms while effectively promoting Army opportunities and recruiting qualified Soldiers. A timeframe will be announced once planning and coordination are complete."

A New Direction for Recruitment

Aside from the restructuring of its behind the scenes marketing department, the US Army has put 700 new recruiters on the streets of 22 major cities all over the nation. The renewed vigor has meant that, at the time of writing, the US Army is only 10,000 applicants shy of its 2019 target, something it credits to its new strategy designed to target younger recruits.

"We weren't performing in marketing - we had a lot of challenges," said US Army Acting Secretary, Ryan McCarthy. "We didn't have the right talent mix, the right leadership. We didn't have the appropriate talent mix between uniform and civilians, as well as the types of marketing analysts. We took a very hard look at ourselves. We noticed we were having a challenge with quality and other issues. A lot of that is how you communicate to the American people — your message to every demographic... how do you communicate who you are?"

The US Army has achieved this by embracing modern viral marketing techniques including memes, short videos, and the TikTok social networking platform. The US Army understands that you have just one chance to grab the attention of GenZers and, if your marketing material fails in this regard, their attention will have moved on quicker than you can believe.

"Once they see something, they will not stop and look at it again," said USAREC Commander Major General, Frank Muth. "It's not like the days where you are forced to watch the TV commercials because now, heck, most people DVR it and burn past it anyway. So, the point is you can sit there and spend millions of dollars on a commercial, the impression you are going to get from that individual will happen once and then, after that, they are going to swipe past it."

With some major restructuring to its back-office marketing teams and by embracing new technology which is likely to resonate with younger people, the US Army is well on its way to making up for last year's shortfall and ensuring it has enough boots on the ground to complete its goals.

You can hear US Army Black Hawk Pilot, Elizabeth McCormick speak at B2B Online 2020, being held in April at the Chicago Marriott Downtown.

Please download the agenda today for more information and insights.